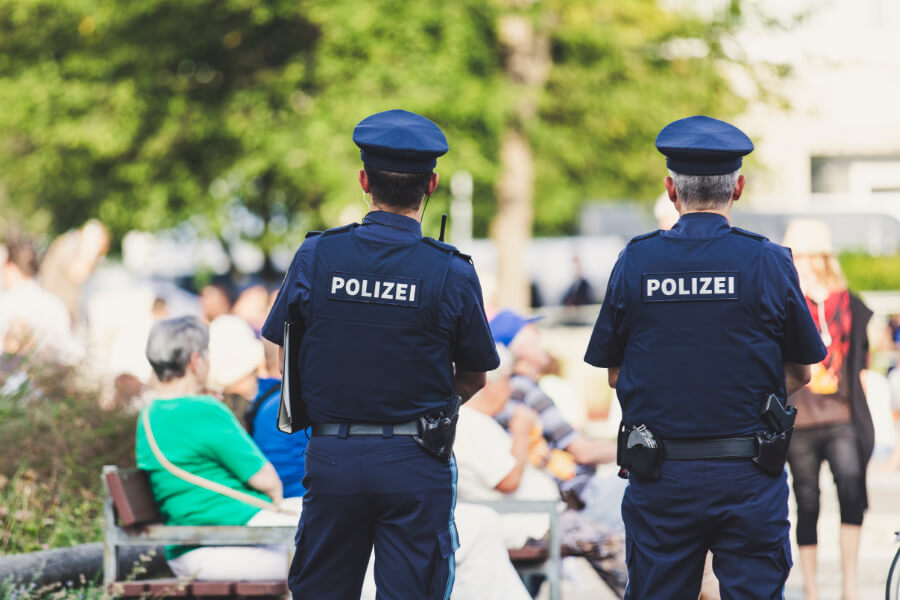 As The New York Times reported in April, “In the last few years, Germany has been criticized by the United Nations and the European Union for racial profiling and police violence. And while the country is known worldwide for its ‘culture of remembrance’ around the Holocaust, German textbooks and mainstream history narratives largely ignore its colonial history. Many Black people in Germany say that they do not feel a sense of belonging, and that their presence here has been rendered practically invisible.”

The case of Oury Jalloh, who died in custody in 2005, caused shockwaves around the world. Jalloh had come to Germany from Sierra Leone in 2000, subsequently claiming political asylum, which was refused. Arrested later on drugs charges, Jalloh was left alone in a cell, his hands and feet tied to a mattress, where he died soon after in a mysterious fire.

There were many questions around this case. As Deutsche Welle reported, “Police said Jalloh had taken his own life by igniting his mattress with a lighter. Questions arose about why the fire was not discovered by police and why the fire alarm had been ignored or disengaged. It was also unclear where Jalloh had acquired the lighter and police were unable to immediately produce the lighter as evidence.”

Multiple investigations, lawsuits, and complaints followed Jalloh’s death, but ultimately nobody was held responsible for what transpired.

Even fifteen years later, in 2020, the case was still being litigated. In August 2020, two Green Party  politicians conducted an extensive review of the case, poring over 1,000 pages of documents. Their conclusion was that, at every step between arrest and his death, the police officers’ measures were either ‘illegal’ or ‘flawed’.

Other incidents have served as a black eye to the German police in recent years. Beginning in 2000, a gang of Neo Nazis ran a seven-year campaign of terror, murdering ten people. It was only after two of the three members of the group had died in a murder-suicide that any links were made between the shootings. The reason it took the German police so long was their belief that the majority of the victims had been killed by those within their own minority. The pieces were never put together to indicate that a gang with an objective, and the resources to achieve it, existed. There were also rumours that one, two, or all of the perpetrators had been known to the security services, acting as informants. Whatever the truth of those rumours, they did not cast the police in a good light.

The death of George Floyd in May 2020 put the issue of police relations with ethnic minority groups front and centre. In Berlin, the issue played out with a storm of moves and counter-moves, either advancing the cause of being able to hold police to account or pushing back against it.

In June, Berlin became the first German state to pass its own antidiscrimination law. Under this law, public authorities would not be allowed to discriminate based on a person’s background, skin colour, gender, religion, disability, worldview, age, sexual orientation, German language skills, chronic illnesses, income, education, or occupation. That was a fairly exhaustive list and was met, predictably, with resistance.

That pushback came largely from Interior Minister Horst Seehofer and the various police unions. Seehofer went so far as to tell Tagesspiegel, “We must stand with the police and not place them under general suspicion.”

Seehofer then went further, provoking outrage by blocking any plans for a study of racial profiling within the German police force. His reasoning, reported by  Deutsche Welle, was that since racial profiling was already outlawed, it was unlikely to be happening on a large scale.

There was further embarrassment for the German police at the end of 2020. In September, police in the north-eastern federal state of North Rhine-Westphalia suspended twenty-nine of their colleagues for participating in WhatsApp group chats that were soaked in far-right and Nazi ideology. The state interior minister said that fourteen of the officers were likely to be dismissed, and eleven looked likely to face criminal charges. At the same time, another twenty officers in Mecklenburg-Western Pomerania were being investigated for similar offenses.

By October, it became apparent that Seehofer was beginning to back down on his resistance to the study. Even then, this came with caveats. According to Deutsche Welle, “The government will reportedly investigate racism within the security forces only as part of a large-scale study on the everyday experiences of police officers. Exact details were not made available.”

The situation was so bad that by December even American organisations, such as NPR, had begun to report on racism within the ranks of the German police. That month, Seehofer finally relented and commissioned a three-year study on the German police, which would include whether a ‘zero-tolerance’ policy towards racism was being implemented or not.

As of today, there is a heightened awareness among Berlin residents of the dealings people of colour have with the local police. Facebook groups run by Berlin residents, particularly expatriates, point to the disproportionate responses often dealt out by ticket inspectors on the city’s tram and bus services. Multiple videos of these confrontations have bled into the public consciousness with some regularity in the last few years. It is clear that, despite the best intention of many, the problem of racism within the German police — and adjacent organisations — is not likely to disappear anytime soon.

While efforts to tackle racism within the German police force have gained some momentum, both internally and externally, questions remain about how strong the desire to tackle the issue really is. While external training is being offered and politicians, with the exception of Seehofer, are making the right noises, there are still doubts about how much change those at the top really want to see in the lower ranks.