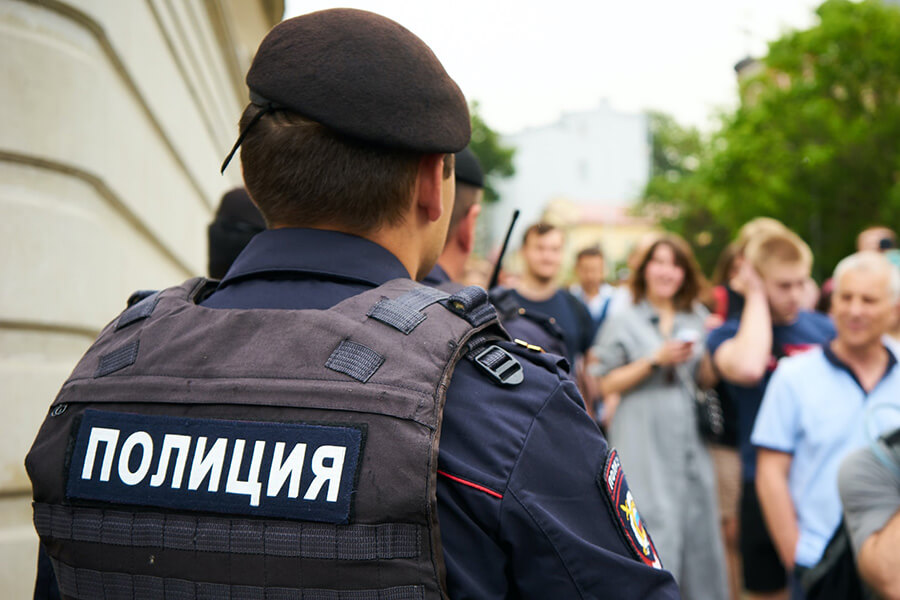 Ethnic profiling – often described with bitter irony as ‘not looking for bandits but for dark-haired guys’ – has been used by police officers in Russia since the 1990s, long before the term itself entered the Russian language.

International human rights standards protecting people from racial discrimination did exist at this time: in its 13th General Recommendation, the UN Committee on the Elimination of Racial Discrimination (CERD) stated that “[law] enforcement officials should receive intensive training to ensure that in the performance of their duties they respect as well as protect human dignity and maintain and uphold the human rights of all persons without distinction as to race, colour or national or ethnic origin.”

At the time that the CERD was adopting its first General Recommendation1 that condemned ethnic profiling and aimed to protect minorities from racism at the hands of law enforcement officials, Russia was about to go to war with Chechnya. The advent of this conflict meant that anyone who looked like they came from the North Caucasus was automatically treated with suspicion in Russia. It was then that the first accounts emerged of Russian police ‘looking for dark-haired guys’, or arresting, interrogating, and even torturing men who appeared to be ‘natives of the Caucasus’.

Decades after the Chechen tragedy, the conflict has remained an important factor in shaping attitudes towards terrorism suspects. Racial profiling based on visual clues has affected anyone and everyone looking ‘non-Russian’ and, therefore, ‘suspicious’.

Meanwhile, addressing the UN Human Rights Council in 2007, the UN special rapporteur on the promotion and protection of human rights and fundamental freedoms while countering terrorism described terrorist profiling practices based on presumed ‘race’ as incompatible with human rights principles, as well as being “an unsuitable and ineffective means of countering terrorism."

Yet Russian courts have almost never recognised law enforcement practices to be discriminatory based on ethnicity. In the few cases where the European Court of Human Rights has found racial discrimination by Russian police, the victims were Chechens. The first such case was Timishev v. Russia in 2005,2 in which the court held that “[…] the senior police officer ordered the traffic police officers not to admit 'Chechens'. As, in the government's submission, a person's ethnic origin is not listed anywhere in Russian identity documents, the order barred the passage not only of any person who actually was of Chechen ethnicity, but also of those who were merely perceived as being so. It has not been claimed that representatives of other ethnic groups were subject to similar restrictions. […] In the court's view, this represented a clear inequality of treatment in the enjoyment of the right to liberty of movement on account of one's ethnic origin."

In Makhashevy v. Russia in 2012,3 three brothers, Ibrahim, Adam, and Islam Makhashev, complained that in November 2004 the local police in Nalchik arbitrarily detained them on suspicion of starting a fight at a nightclub, and then beat them and shouted racist remarks at them while in detention. The court found violations of Articles 3 and 14, noting that the available “[…] evidence is sufficient to prove that there were racial motives behind the police officers’ actions," since of all participants in the fight, the officers only took the Chechens to the police station and, according to witnesses, subjected them to racial insults during their ill-treatment. The court further noted that the authorities failed to carry out an effective criminal investigation or "to submit an explanation for the applicants' allegation that their detention by the police was racially motivated."

Sadly, similar practices continue in Russia, while the chances of them being properly investigated and explained are ever-more remote. As of January 2021, 28 local residents in Penza, all of them Roma, are facing trial for allegedly participating in a mass fight in June 2019 that resulted in the death of one person. While potentially hundreds of locals were involved in the fight, only Roma were arrested.4 The bias against the Roma community in the Penza region is obvious in this case. However, no one has attempted to prove this discrimination based on international standards and UN CERD recommendations, even though one of them (General Recommendation No. 27 of 2000 on Discrimination against Roma5) explicitly calls on governments and states “to take measures to prevent the use of illegal force by the police against Roma, in particular in connection with arrest and detention" and "to encourage appropriate arrangements for communication and dialogue between the police and Roma communities.” In its most recent General Recommendation, the CERD describes the consequences of ethnic profiling as a “sense of injustice, humiliation, loss of trust in the law enforcement, secondary victimisation, fear of reprisals,” rightly noting that all of this can undermine effective crime prevention and investigation.

According to the CERD, “Racial profiling by law enforcement officials has far-reaching consequences at all levels of the administration of the justice system, particularly on the criminal justice system. Racial profiling can lead to a) the over-criminalization of certain categories of persons protected under the Convention; b) the reinforcement of misleading stereotypical associations between crime and ethnicity and cultivating abusive operational practices; c) disproportionate incarceration rates of groups protected under the Convention; d) higher vulnerability of persons belonging to groups protected under the Convention to abuse of force or authority by law enforcement officials; e) underreporting of acts of racial discrimination and hate crimes and f) the handing down by the courts of harsher sentences against targeted communities, among others.”

The fact that this important recommendation is ignored in Russia explains why there have been so few proven cases of racial discrimination and why there has been hardly any recognition of ethnic profiling in the Russian Federation. Civil society actors are effectively denied the opportunity to file complaints, especially since there are no ‘independent mechanisms’ in place. According to Russian law, discrimination proceedings can only be initiated by direct victims, while third parties, such as civil society activists or lawyers, cannot do so on the victim's behalf. In contrast, other countries allow individuals who are not directly affected to challenge laws and practices which they find discriminatory.

Where only someone directly affected by discrimination can complain, victims must have a lot of trust in the legal system. As seen in the Penza case and numerous other cases of abuse during arrest and detention targeting vulnerable groups (Roma, migrants, natives of the Caucasus, Muslims, and some others), no such trust can be expected. What we observe instead are "secondary victimisation and fear of reprisals." This fear has become even worse in recent years, as human rights defenders in Russia have themselves become a vulnerable group with which people in need are increasingly afraid to engage.