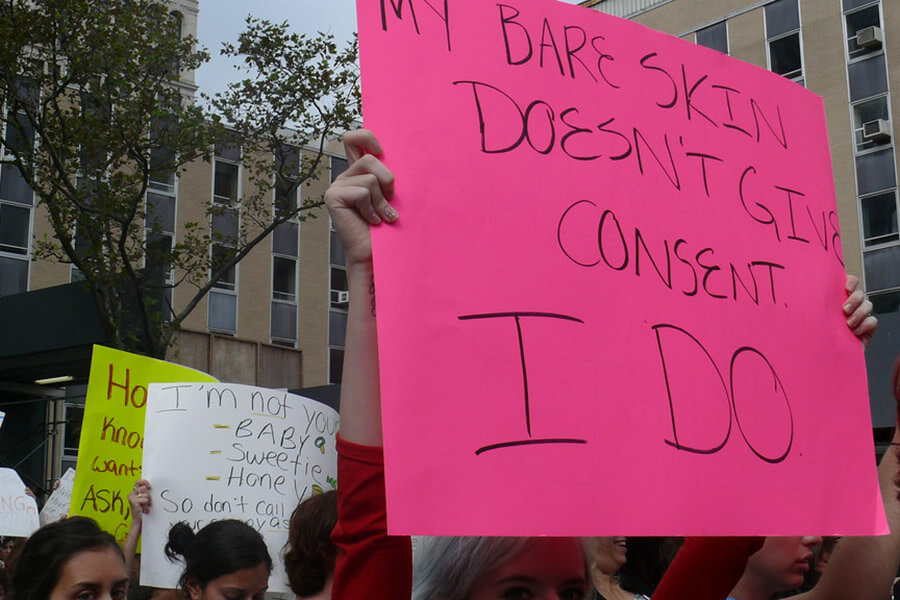 by ctrouper. CC BY 2.0
By DARYA SOBOLEVA, University of Vienna

Under the Istanbul Convention, all non-consensual acts of a sexual nature must be criminalised. Much of this is covered under Article 36 of the convention, which states that, “consent must be given voluntarily as the result of the person’s free will assessed in the context of the surrounding circumstances.”

While 34 of 47 members have ratified the convention, only a few have tailored their legislation in compliance with Article 36. This means that for many, rape is only considered a criminal offence if there is a use or threat of force, or the victim is unable to defend themselves. But many rapes do not involve physical coercion. As a result, many European countries are amending their current laws towards a more consent-based model.

Austria and Luxembourg were two of the first countries to adapt their criminal legislation. This was followed by Belgium, which revised its Criminal Code to define rape as “[…] any act of sexual penetration, of whatever nature and by whatever means, committed in respect of a person who has not given consent.” It also specified that "violence, duress, threats, and surprise can be classified as lack of consent, but these circumstances are not exhaustive and do not constitute essential elements of the offence".

Other changes came in quick succession:

Finland, the Netherlands, Portugal, and Spain have announced their intentions to reform their laws to become consent-based and bring the definition of rape into line with international human rights law.

In 2018, voters in Ireland repealed the Eighth Amendment of the Constitution, which had underpinned a near-complete ban on abortion. Legislators passed a law enabling the termination of pregnancy in the first 12 weeks and thereafter in cases where there is a risk to the life of the mother or where the foetus is not expected to survive. This constitutional amendment was celebrated and considered a victory for women's sexual and reproductive rights in Ireland.

Likewise, in 2020, the Spanish government loosened some abortion restrictions and announced their intention to repeal the reform of the abortion law, which currently requires parental consent for those aged between 16 and 17 before terminating a pregnancy. Currently, parents have to attend a clinic with an underage girl unless she claims that divulging the information to her family would cause harm.

In 2018, France issued more than 700 fines of between €90 and €750 under its street harassment law for behaviour such as catcalling, obscene gestures, degrading comments on physical appearance, sexual propositions, or following a person insistently in the street. Furthermore, fines under the current law can reach up to €1,500 for a repeat offence, or one that involves a minor, the abuse of power, or a range of other aggravating circumstances.

Following Finland and Scotland, England and Wales adopted the ‘Voyeurism Act 2019’ which creates two new offences under the Sexual Offences Act 2003. Before the act, if an ‘upskirting’ offence was reported to police, defined as “an act of taking a photograph of underneath a person’s skirt without their consent,” they could request the deletion of the image, but could take no further action. These newly introduced offences are applicable when “an individual operates equipment or records an image beneath a person's clothing without consent” and when an offender has a motive of “either obtaining sexual gratification or causing humiliation, distress or alarm to the victim.” The offenses are punishable by up to two years in prison.

In 2020, Germany made upskirting punishable by a fine or a prison sentence of up to two years, under legislation passed by the Bundestag.

On 2 January 2018, The Domestic Violence Act of 2018 came into force in Ireland. This introduced the offense of coercive control, defined as "psychological abuse in an intimate relationship that causes fear of violence, or serious alarm or distress that has a substantial adverse impact on a person’s day-to-day activities." To be charged with this offense, a person must be a spouse or civil partner of the victim, or in an intimate relationship with them. Another provision of the act ensures that an intimate relationship between victim and perpetrator must be considered an aggravating factor when rendering a sentence for a wide range of offences.

In November 2018, the Spanish Supreme Court delivered a landmark decision in international human rights law, particularly with respect to domestic violence. This was after a three-year-old girl was murdered by her father despite repeated complaints by her mother to the Spanish court. After the case was submitted by the victim to the Spanish Supreme Court, it was acknowledged that Spain must bring its legislation into line with the treaties to which it is a party with respect to human rights and freedoms. Spain was found to be violating the rights of a victim of domestic violence under the Convention on the Elimination of All Forms of Discrimination Against Women (CEDAW). Thus, the CEDAW Committee made binding recommendations that Spain strengthen the application of the legal framework to ensure that authorities exercise due diligence and respond appropriately to situations of domestic violence.

Bulgaria amended its Criminal Code in February 2019, adding domestic violence as an aggravating circumstance for some crimes and criminalising psychological violence and some elements of coercive control.

In 2019, after a wave of protests, the Croatian government announced a minimum jail sentence for domestic violence of one year.

In August 2019, Italy also introduced a new law that significantly increases sentences for domestic violence offenders, to up to 7 years.

In July 2020, Romania introduced a legal amendment and criminalised cyber harassment as a form of domestic violence. This provision includes online threats or messages, or cases where a partner sends intimate graphic content without consent, intending to "[…] shame, humble, scare, threaten, or silence the victim."