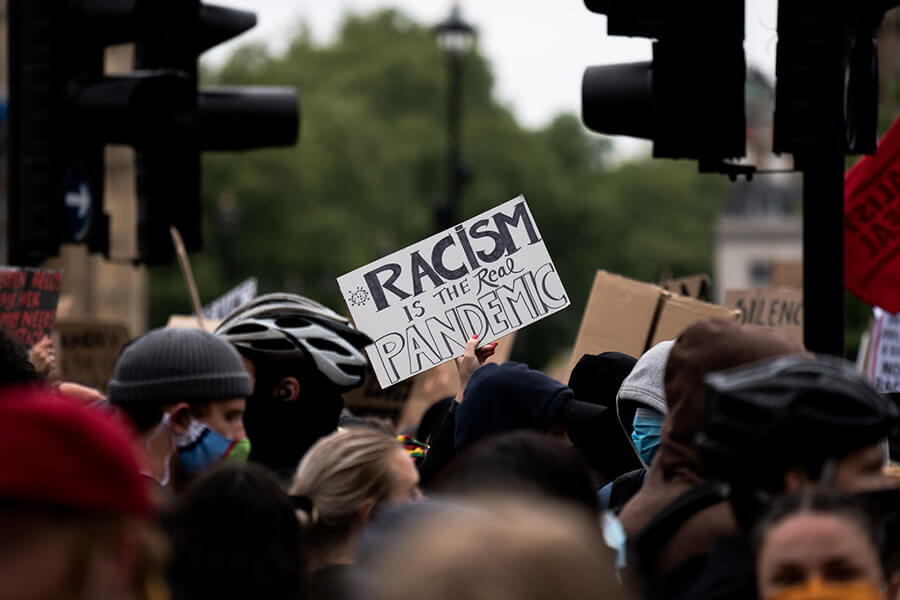 Racial profiling is harmful, discriminatory, and a violation of human rights. And when it is committed by law enforcement agents, such as the police, it happens through measures such as arbitrary stops, searches, identity checks, border and custom checks, investigations, and arrests, and often within specific contexts, such as immigration control.1

The definition of what constitutes racial profiling is enmeshed firmly within the context of policing. According to the Committee on the Elimination of Racial Discrimination (CERD), racial profiling is: “[…] the practice of law enforcement relying, to any degree, on race, colour, descent, or national or ethnic origin as the basis for subjecting persons to investigatory activities or for determining whether an individual is engaged in criminal activity."2

It has been illegal for a long time, having been linked to stereotypes and biases, and resulting in discriminatory decision-making. It is also a harmful practice, as it negatively and cumulatively affects the wellbeing of individuals and communities and their attitudes.3

As the CERD puts it: “This sense of injustice, humiliation, loss of trust in the law enforcement, secondary victimisation, fear of reprisals, and limited access to information about legal rights or assistance may result in reduced reporting of crimes and information for intelligence purposes.”4

This loss of trust in law enforcement makes racial profiling, besides discriminatory and unlawful, ineffective and counterproductive. If people are selected fully or partially on the basis of colour, descent, or national or ethnic origin, many people with that characteristic who have committed no criminal act will still be selected for a check. Meanwhile, people of other races, colour, descent, or national or ethnic origin that have engaged in criminal activity will not be selected.

One tool that we have been using to combat racial profiling has been strategic litigation, which is the use of tools and instruments such as claimants, timing, legal forums, partners, and framing, alongside other measures such as activism, campaigning, or lobbying to further a specific cause. The type of litigation pursued depends on the country, cause, and case. There is no singular approach. More generally, it could be said that strategic litigators are ‘cause lawyers’, and the legal allies of the communities and civil society organisations they work with. They provide legal advice where necessary, but only begin litigation if they believe it will be helpful, and not harmful, to the cause that the community is fighting for. Thus, it is often called ‘impact litigation’.

While it may bring specific benefits for people combatting racial profiling, there are also specific risks and problems. It takes time, funding, and effort. The average case, which may stretch on for months, and even years, can cost hundreds of hours of work time for all those involved. There is also no guarantee of victory.

STRATEGIC LITIGATION AGAINST RACIAL PROFILING IN THE NETHERLANDS

When the Public Interest Litigation Project (PILP) was founded in 2014, we immediately began working against racial profiling. We were asked to support Amnesty International, grass roots organisations, activists, lawyers, and legal scholars through strategic litigation. We focussed on racial profiling by the police, and the fact that the government and national police refused to acknowledge that this was a structural issue. We started preparing a case that we ultimately did not pursue because the police did acknowledge that racial profiling was a structural issue. This meant that strategic litigation was no longer the best tool. The organisations we cooperated with focussed on campaigning and lobbying instead.

Not long after, we were approached by two individuals who had been racially profiled at airports during a Mobile Security Monitor (MSM) check by the Royal Netherlands Marechaussee (RNM), the government agency in charge of border security.

One of the individuals had already filed complaints with the RNM and the National Ombudsman. They were successful, with the ombudsman ruling that the RNM could not prove that there was no discrimination. We assisted the second individual with a complaint with the RNM. The complaint procedure proved to be an important insight into the practice of racial profiling by the RNM. The complainant was stopped because he fit the RNM profile of a Nigerian money smuggler: walking quickly, neatly dressed, and non-Dutch-looking. RNM complaints committee considered there was racial profiling and that this was wrong, but only because the RNM had failed to ‘prevent the appearance of racial profiling’. If the RNM had explained better to the complainant why he was stopped, the committee would not have considered this practice to be discriminatory and unlawful.

After much commotion in the media and politics about the case of the second individual, the government and RNM also declared, in a public statement, that race, colour, descent or national or ethnic origin can be part of a risk profile for selecting someone for an MSM check, as long as it is not the only or decisive factor.

Due to these developments, in February 2020, PILP, together with a coalition of civil society organisations and the two individuals, began a case against the Dutch State to halt the RNM’s racial profiling. The civil society organisations and the individuals are plaintiffs in this case. We receive legal support from a pro bono law firm in the Netherlands and the summons is available on our website.5

Civil society organisations represent the public interest and work on cases that tackle racial profiling. The two individuals in the case against the RNM enlisted our help not for money, but for the sake of their future travels and those of other people of colour travelling across Dutch borders. Their experiences were clear illustrations of the practices the case aims to challenge. It is not known when we can expect a verdict.

MB Hendrickx works with PILP-NIJM, based in the Netherlands. In 2020, they published the Guide on Strategic Litigation to Combat Ethnic Profiling in the European Union.6 More information on their case against the RNM can be found on their website (https://pilpnjcm.nl/en/dossiers/ethnic-profiling/).