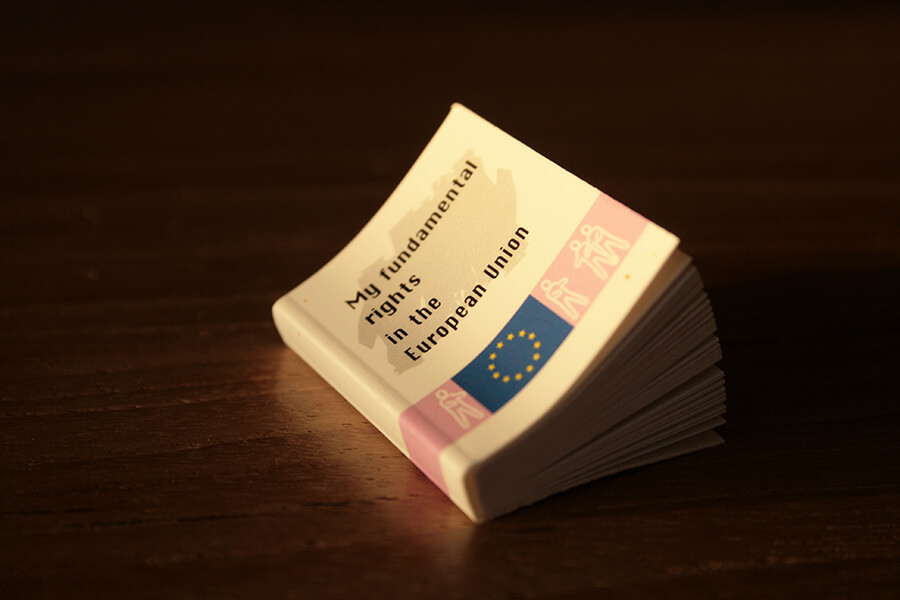 We tend to discuss the usual suspects when we talk about civic space restrictions and freedom of association within the European Union. These include a few member states, mostly those that joined after 2004, where most severe deteriorations have taken place in recent years. However, when we look at reports across the whole EU, we see a generally unfavourable situation for non-governmental organisations (NGOs): the latest CIVICUS Civic Space Monitor shows that 14 EU Member States are rated as open, 13 as narrowed, and one (Hungary) as obstructed (CIVICUS, 2020).

But even in countries where the situation is deemed to be positive, several trends are limiting the freedom of association. We see governments copying solutions while trying to obstruct the activities of organisations they see as hostile. These often fall under four umbrellas:

Allegations that certain NGOs have been ‘politically driven’ or conducting ‘political activity’ have arisen in the Czech Republic, Hungary, Poland, and Slovakia. (CSOSI 2019). The aim, usually, is to delegitimise NGOs, especially in those areas unfavourable to those in power, and then hinder their activities. Another objective is to create a chilling effect on NGOs. An accusation is sometimes enough, but from time to time legal challenges arise. This targeting of the ‘political’ activities of civil society has recently been observed in three countries in the European Union (Activizenship 2019: 14).

In February 2019, the German Federal Fiscal Court ruled in the case of the German branch of the Association Taxation of Financial Transactions and for Citizens’ Action (Attac). This NGO went to court after the German tax authorities considered that its activities were too political to be considered as carried out for public benefit (allowing NGOs to benefit from tax exemptions). According to the court’s ruling “influencing political decision-making and shaping public opinion […] does not fulfil a charitable purpose” (Civic Space Watch, 2019).

In Ireland, similar developments concerned extending application of the Electoral Act (as amended in 2001) to the advocacy work conducted by NGOs on human rights issues, including the right to access to education and the right to abortion. Enshrined in this law was a ban on donations to ‘third parties’ campaigning for ‘political purposes’ from abroad, limiting the value of donations from anonymous and any other sources, beyond election times. This law also required entities taking part in such campaigns to open a separate bank account dedicated to donations for ‘political purposes’. Based on these regulations, NGOs were asked to return funding from abroad or any significant donation received before the Irish referendum on the constitutional amendment prohibiting abortion ( Activizenship 2020: 123; ICCL 2018).

In the United Kingdom, the Transparency of Lobbying, Non-party Campaigning and Trade Union Administration Act 2014 was adopted, amending previous electoral legislation. The law forces non-party campaigners, including NGOs, to register as such and declare expenditures to the Electoral Commission if their spending surpasses a certain threshold or if their activities could influence the result of the elections (Activizenship 2019: 14). Such provision can be applied retrospectively to the spending of organisations, as happened during the 2017 snap elections, when social care and housing charities reported “being scared to speak out” (The Guardian, 2017). Both legislations, Irish and British, were criticised as having a ‘chilling effect’ on NGOs’ work by the former UN Special Rapporteur on the Rights to Freedom of Peaceful Assembly and of Association (UN, HRC 2017).

In a similar climate of mistrust towards NGOs, between June 2018 and June 2019, at least 10 countries (Belgium, Denmark, Germany, Greece, Italy, the Netherlands, Portugal, Romania, Slovakia, and Spain) initiated or adopted anti-money laundering and transparency legislation, all with the potential to hamper the civil society sector (Activizenship 2019: 16-17). Much of this was related to the transposition at national level of the 4th EU Anti-Money Laundering Directive (Directive (EU) 2015/84). This creates significant overregulation and excessive bureaucratic burden on NGOs whose exceptional situation was not taken into account. Moreover, disproportionate sanctions in case of non-compliance were included and there are privacy concerns around individual donor and beneficiary information. The lack of adaptation of this legislation to the specific situation of NGOs was often due to their lack of involvement in its preparation, with the exception of Slovakia (Activizenship 2019: 19).

The notion of transparency has been used by states as a reason to impose additional requirements and restrictions on NGOs. Thus, draft bills and policies were proposed that would require NGOs to report more frequently on funding received or report extensively on foreign-sourced funding (Activizenship 2019: 18). These activities were often coupled with smear campaigns that labelled NGOs as ‘foreign agents’ (see i.e. CSOSI 2019: Slovakia, CSOSI 2019: Romania, CSOSI 2019: Bulgaria). Following a 2018 Hungarian law on the transparency of organisations (that the European Court of Justice ruled violated freedom of association), a group of countries, including Poland, Bulgaria and Greece, proposed or introduced similar legislation in 2020. The stated aim was to improve transparency, but it overburdened and stigmatised the civic sector (Activizenship 2020: 13).

A group of Bulgarian MPs from a parliamentary group in the ruling coalition proposed a package of amendments to the Not-for-Profit Legal Entities Act (NGO Law) and several other laws. It would oblige non-profit entities with public benefit status to report all income from foreign sources above roughly EUR 500 within seven days from receiving the funding. A second incompliance could even trigger the dissolution of the organisation.

In Greece, the government passed a law at the beginning of 2020 that required all NGOs working with migrants to submit information about membership and employees in a public register, while all NGOs would be required to re-register (Spyratou 2020: 108-111).

Attempts to adopt similar legislation have also been undertaken the Netherlands, Germany, Belgium, Denmark, and Poland.

Long before COVID-19, governments were finding ways to restrict freedom of association. To this end, anti-terrorist and public security legislation has been used against activists and organisations. In the UK, documents leaked in September 2017 revealed the use of anti-terror strategies to monitor Muslim activism and charitable work, as well as activism by anti-war, anti-fracking, pro-Palestinian, anti-austerity, and animal rights campaigners (CIVICUS Monitor 2018; UN, HRC 2017). In Spain anti-terrorism legislation has been used much more frequently against activists and dissenters from 2017 (The Guardian 2018).

Following the murder of Samuel Paty in France in October 2020, the French Minister of the Interior announced that the government would send a proposal to dissolve the organisation Collectif contre l'Islamophobie en France (CCIF) within two weeks. The grounds for this were not specified. (ECNL 2020). This decision may not fulfil the international and European standards that establish when a dissolution can be imposed.

In France and Germany, the adoption of the 2016 European Directive on trade secrets (Directive (EU) 2016/943), which aims to protect business information in private enterprises, could lead to the hampering of NGOs in relation to information. German Federal Law 19/4724 includes a very broad definition of ‘trade secret’ and does not explicitly exclude journalists from its application.

Similar concerns were raised in France concerning the law on business secrecy (LOI n° 2018-670). All these worries can be justified by the number of lawsuits taken out in recent years by corporations against journalists and NGOs attempting to keep them accountable, using Strategic Lawsuits Against Public Participation (SLAPPs). Such cases have been reported in France, the United Kingdom, Portugal, and Estonia and most were related to activists and NGOs working in the area of environmental protection (including extractive industry oversight) and animal rights (Activizenship 2019: 27).

The extraordinary measures aiming to counter the COVID-19 pandemic became an excuse to propose legislation restricting the ability of environmental and nature conservation NGOs to operate. The Slovenian government adopted measures to change the criteria allowing NGOs access to the environmental impact assessments of building planning demands (Activizenship 2020: 34). A similar solution was also adopted by Poland as part of its so-called anti-crisis shield legislation.

In Austria, in October 2018, a last-minute amendment to the Environmental Impact Assessment Act was introduced by the Austrian People’s Party (ÖVP) and the Freedom Party (FPÖ), preventing organisations with fewer than 100 members from conducting environmental impact assessments (CIVICUS Monitor 2019).

In Germany, a call came during the ruling CDU party congress for a legislative change that would mean environmental organisations could not sue the government over environmental standards (Civic Space Watch2019). Comparable changes were proposed in 2019 in Poland in relation to Directive 2011/92/EU.

Moreover, amendments to the NGO law in Bulgaria proposed reducing some of the functions of the Civil Society Development Council, an advisory body to the Council of Ministers, including setting the priorities for and the distribution of public funding to the sector (Letter from Bulgarian CSOs 2020). In this respect, it is also worth mentioning changes proposed by Slovenia, Poland, Croatia, and the Czech Republic (see ECF 2020 and CSE2020).

Everything discussed above only confirms the need to closely monitor the impact of changes in lawmaking and law enforcement on freedom of association. Regardless of the general state of the civic space in particular countries, there are NGOs everywhere whose activities now abut legal constraints. It would be worthwhile for them to learn from each other how to overcome these challenges.