The Government of Poland, in July 2020, signalled its intention to leave the auspices of the Istanbul Convention. In making its decision, the present administration – long noted around the world for its regressive, conservative politics – doubled down on its reasons for doing so.

As the New York Times reported at the time, “[Justice minister] Mr. Ziobro also said he believed that Poland had ‘a higher level of protection of women than in the convention,’ and he added that the treaty had ‘a second part, which concerns ideology and harms the interests of women and of family.’”

Decisions that seemingly worked against the interests of women in Poland kept coming, often with the justification that the state was seeking to protect the make-up of the family. In January 2021, abortion was essentially outlawed in the country, as terminations were now only allowed in cases of rape, incest, and threat to the mother’s life. It was a move that was to draw ire from both within Poland and from outside. 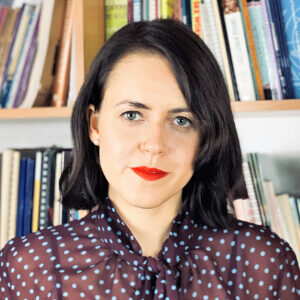 Kamila Ferenc is a lawyer working with the Federation for Women and Family Planning, based in Warsaw. While her role in the organisation is ostensibly as coordinator of the legal assistance team, her work often takes on multiple, overlapping duties. She spoke to Legal Dialogue Playbook in late January, over the phone from Poland.

Legal Dialogues Playbook: What does the Federation for Women and Family Planning do, and what is your role within it?

Kamila Ferenc: Apart from reproductive justice, we also work on abortion rights, sexuality, education, and combatting domestic and sexual violence. It’s a lot of work and not only am I a lawyer, but I also need to be a therapist and campaigner because these are complex problems. I provide legal advice, appear in court, represent our clients in that court, and take care of them sometimes when they don’t know what to do after leaving a domestic abuser.

LDP: Poland announced in July 2020 that it was withdrawing from the Istanbul Convention. Was this a surprise?

KF: To some extent, yes. The Istanbul Convention is not implemented within Poland, and there are no sanctions for this. But the government wanted this symbolic declaration of them withdrawing. I’m not surprised, however, by the attitude of the authorities, who are rather controlling and don’t want to protect women’s rights in Poland. They don’t need the convention because they have no intention of improving the situation or protection of victims of domestic violence. They also want to satisfy the right-wing electorate, the Catholic Church, and all of the organisations and communities that support them.

LDP: Are they open about wanting to abate the rights of women?

KF: No, of course not. They claim that they are protecting women’s rights. They say that the position of women’s rights, right now, is the best in the history of Poland. They are trying to make people believe that they are protecting these rights, but in the traditional context that the family and the child are more important than the woman. Officially, they are doing only ‘good things’.

LDP: The NGO sector in Poland has been under particular scrutiny in recent years. Has the Federation been put under pressure by the government?

KF: The Federation is not under attack. It is our topics that are under attack. Right now, we have been playing the role of the state in providing help to women. That’s because of state negligence. After the ban on legal abortions, we need to help many women individually, potentially thousands of them. And we do this by finding different solutions in difficult situations. But the government does not affect us because we do not take money from them. They can’t take anything from us, and they don’t harass us.

LDP: Do you face opposition from other entities within Poland?

KF: There are other organisations that try to harass us or write negative things to manipulate public opinion. That’s not the government doing that, but they also don’t listen to us. We send them reports on how bad the situation is, but they ignore them. Ignorance is their weapon against us. But there are organisations, such as the Centre for Women’s Rights, that have experienced cuts in funding. That’s the harassment they are suffering.

Soon after this interview took place, it was reported in the Polish media that the Federation was taking the Polish government to the European Court of Human Rights to press them on abortion access. Legal Dialogue Playbook spoke again with Kamila Ferenc in March.

LDP: Hi, Kamila. Can you tell us why the Federation is planning on taking the Polish government to the ECHR?

KF: We haven’t filed a submission yet, but we are going to do so because the government here does not provide access to abortions, even in cases of foetal impairment. That, fundamentally, is a violation of human rights. It’s something that we consider cruel to women who are forced to seek help and medical assistance on their own, and outside of the system, and have to pay for that financially and emotionally.

LDP: Which stage are you at with this?

KF: It’s difficult to say, as we’re busy working on other cases. We also have to convince the applicants who are not willing to go public. After that we have to draft the application and collect documentation.

LDP: Realistically, what do you think the outcome will be?

KF: I’m really hopeful because what’s happening is a violation of Articles 3 and 8 of the European Convention on Human Rights. So I think it is likely that we will win. The international standard of human rights provides access to abortion in cases of severe foetal impairment as a minimum of the state. We are planning not only to go to the ECHR, but also the various committees of the UN. There were two cases from Ireland that were about lack of access in the case of foetal impairment, which led to women having to go to another country or jurisdiction. The situation is similar so we believe we have a good chance to win. Doing that will put more pressure on the government because winning the case is not the direct path to changing the law, but an element of it.