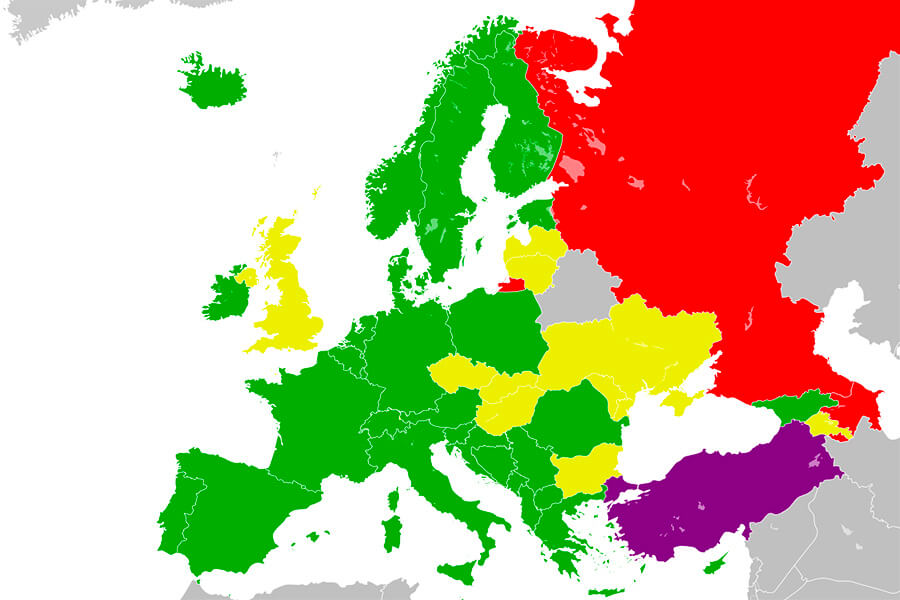 The Convention on Preventing and Combating Violence Against Women and Domestic Violence, known generally as the Istanbul Convention, is a human rights treaty put forward by the Council of Europe in 2011, and opened for signing the same year. Following its tenth ratification, by Andorra, it came into force in August 2014.

The Istanbul Convention aims to prevent and combat violence against women, including domestic violence, through a series of measures. According to the Council of Europe’s own guidelines, the convention lays out a number of responsibilities that states must take on in pursuit of this goal:

According to the Council of Europe, the Istanbul Convention is based on four pillars: prevention, protection, prosecution, and coordinated policies. Within each pillar are standards or roles that have to be in place before a state can ratify the convention.

Unfortunately, while many countries have signed the convention – forty-five in total in 2011 – ratification has not occurred at the same pace. According to the European Bars Federation, “As of March 14, 2012, Turkey became the first country to ratify the convention, followed by a further 33 countries between 2013 and 2019.”

The New York Times summed up the situation more succinctly in July 2020: “Ratification of the treaty has stalled in several European countries including Bulgaria, the Czech Republic, Hungary, Latvia, and Slovakia. Russia, which is also a member of the Council of Europe, has not signed it.”

Even today, there is still intransigence from many members of the Council of Europe with regard to signing and ratifying the Istanbul Convention. According to the Council’s website, as of mid-March 2021, Armenia, Bulgaria, the Czech Republic, Hungary, Latvia, Liechtenstein, Lithuania, Moldova, the Slovak Republic, Ukraine, and the United Kingdom are yet to ratify. The Russian Federation and Azerbaijan are yet to sign it..

The New York Times report was published as Poland signalled its intent to withdraw from the convention, a move that prompted thousands to take to the streets in protest. Even the Council of Europe, of whom Poland is one of the forty-seven members, expressed alarm at the prospect.

The current Polish government, which had opposed ratification when it was in opposition in 2012, has long pushed for what it deems ‘traditional’ family rights and gender roles, positions that have been held and defended for a long time in other backsliding democracies.

A month after Poland signalled its intent, Turkey also hinted that it may leave the convention, ironic given its name and that Turkey was the first country to sign. As in Poland, thousands took to the streets in August 2020 to protest against rumours that the government would pull the country out of the agreement. Facing competing interests from within his own government, President Erdoğan mooted a potential convention domestically to prevent violence against women. As the New York Times pithily put it, “That is little comfort for women’s groups.”

Any reassurance this did provide was short lived. As Legal Dialogue Playbook was going to press at the beginning of April, the Turkish government announced that it was withdrawing from the Istanbul Convention. The government, as it withdrew, released a statement on its website saying, in part, that it would continue fighting violence against women. The reaction was swift and severe. President Biden rebuked the country immediately for its actions, while thousands took to the streets to protest.