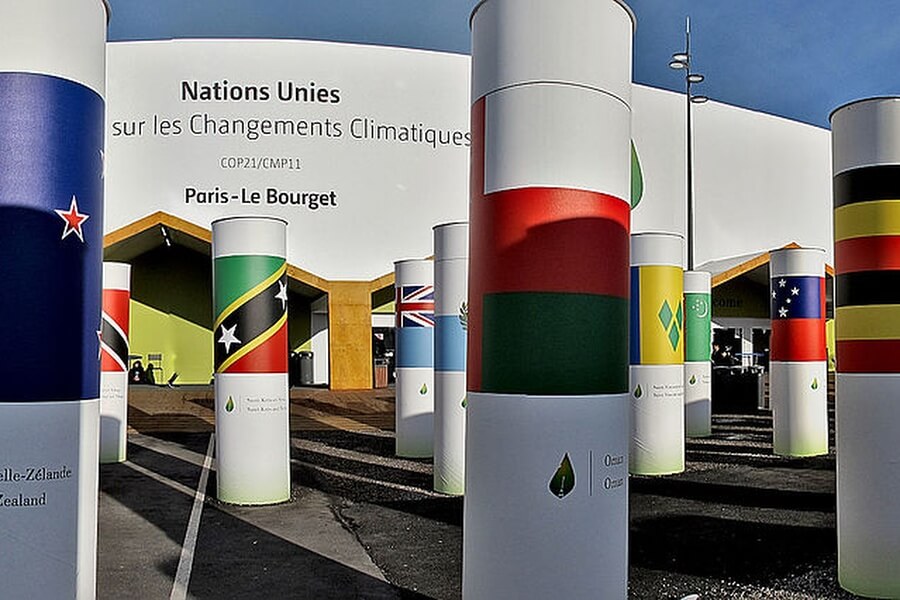 by Jmdigne at Flickr. CC BY-NC 2.0
By DARYA SOBOLEVA, University of Vienna

The Paris Climate Agreement (PCA) is an agreement to help shift the global economy and way of living towards a greener, more sustainable future as part of the effort to fight the advance and effects of climate change. It was agreed to in Paris in December 2015, and came into force on 4 November the following year after being ratified by 55 states. By early 2017, the number of nations ratifying the PCA had climbed to 125. Today, 196 states have signed the PCA, with 188 states ratifying it. Notable among those missing are Iraq, Iran, and Turkey.

The Agreement followed on from the United Nations Framework Convention on Climate Change (UNFCC) as a set of measures and goals to aid its implementation. The UNFCC, negotiated and signed in 1992, had the ultimate goal of stabilising greenhouse gas emissions in order to prevent hazardous interference with the planet’s climate system.

The central aim of the PCA, broadly, is to, “[…] strengthen the global response to the threat of climate change by keeping a global temperature rise this century well below 2 degrees Celsius above pre-industrial levels and to pursue efforts to limit the temperature increase even further to 1.5 degrees Celsius.”

The PCA intends to fulfil those aims through a number of methods. There are various sub-goals in the agreement, which are intended to be used as tools to achieve the PCA’s larger aim. These include an agreement by parties to reach a global peaking of greenhouse gases in the shortest possible time, and to establish binding commitments for nationally determined contributions (NDCs) from each state. There was also an allowance for those nations to transparently disclose their NDCs every five years, beginning from 2023. The PCA also included a separate clause to include human rights within its provision, acknowledging that climate change is a common concern and state parties have obligations to respect, promote, and consider human rights when addressing climate change.

Thus, by submitting their Intended Nationally Determined Contributions (INDCs), the European Union and its member states have emphasised their commitment to reducing greenhouse gas emissions by at least 40 per cent by 2030 compared to 1990. The Russian Federation, meanwhile, has identified its long-term indicator for limiting anthropogenic greenhouse gases to 70-75 per cent of 1990 levels by the year 2030. As well as EU member states, Russia has undertaken its obligations to elaborate and adopt legislative and regulatory acts providing for the achievement of the stated INDC target by 2030.

Drawing conclusions and assessing the progress on how the NDCs are being implemented will only be possible in 2023 and every 5 years after that. It is hard to judge progress so far, though it has to be emphasised that parties to the Agreement have managed to describe their ambitious but fair intentions thoroughly.

In June 2017, US President Donald Trump announced that he was to withdraw the country from the Agreement, effective from 4 November 2020. The reasoning given by the US President was that the PCA was a hindrance to the American economy. Trump said that he would attempt to renegotiate the Agreement, a move that was turned down immediately by the governments of Germany, France, and Italy. The move was also condemned internationally by the governments of Canada, France, and Germany. If Trump had been expecting a smooth exit domestically from the PCA, he was mistaken. Multiple cities and states, including Pittsburgh, stated that they would continue to follow the PCA. American businesses even joined in, taking out a full-page advert in The New York Times that lambasted Trump for his move. The issue would become a contentious one in the recent US election, with then-candidate and eventual winner Joe Biden stating that the US would, via executive order, re-enter the PCA on his first day in office. True to his promise, Biden did so immediately after his inauguration.

The withdrawal of the US from the PCA had both negative and positive effects. Negatively, it signalled to many other countries that the world’s largest economy, and one of the planet’s worst polluters, was seeking to go it alone, weakening the standing of the Agreement. However, many nations quickly reaffirmed their own commitments to the PCA, essentially turning the US into a pariah state in terms of green technology.