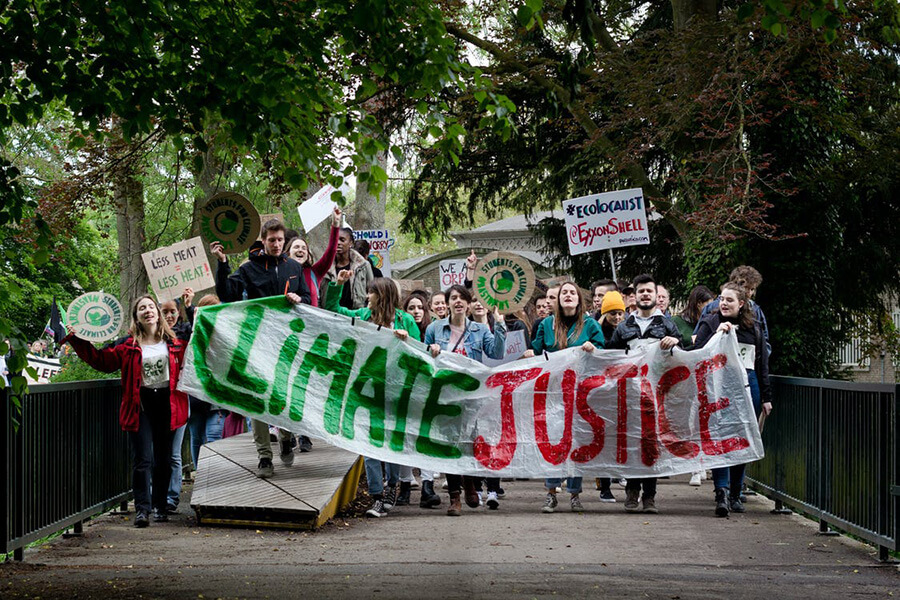 The Urgenda decision in 2019 has paved the way for climate litigation around the world. This case saw a court rule that the Dutch government should include its climate strategy as part of its human rights obligations.

The case saw a number of civil society organisations express their concerns about climate change through submissions to the court.

The success of the Urgenda plaintiffs swiftly led to similar claims across the European Union. This was, in turn, followed by similar allegations that became lawsuits in Portugal, France, and Ireland, among others.

The thirty-three states named in the suit were those of the European Union, plus the UK, Norway, Russia, Turkey, Switzerland, and Ukraine. The plaintiffs’ aim was to have the court issue binding orders on these countries to protect the right of young people to ‘exercise outdoors and live without anxiety’. Funding for the case came through a crowdfunding campaign that raised £27,000.

Gearóid Ó Cuinn, the director of the Global Legal Action Network, which pushed the case, told The Guardian at the time, “The situation is dire. The climate threat dwarfs Covid. Given the urgency of dealing with emissions, we think our case should be a priority.”

In March 2019, four French NGOs went to the administrative court in Paris and filed suit against the French government, saying that the state had failed in its environmental obligations. The suit, accompanied by a petition with 2.1m signatures, was filed by Notre affaire à tous, la Fondation pour la nature et l'homme, Greenpeace France, and Oxfam France.

The lawsuit in France looked to the Urgenda case, mentioned above, and was based on a series of binding agreements including the European Convention on Human Rights, the 2004 Environmental charter, the Kyoto Protocol, and the Paris Climate Agreement.

Marta Torre-Schaub, a Senior Fellow at the National Centre for Scientific Research (CNRS), told France 24 at the time, “Under French law, we already have the instruments required to enforce climate action. And if the administration fails to meet its obligations, then French citizens are perfectly right to go to court.”

In February 2021, a court in Paris ruled in favour of the plaintiffs, finding the state guilty of not meeting its engagements in combatting global warming. Speaking to the UK’s The Guardian newspaper, executive director of Greenpeace Francois Juillard, said, “This is an historic win for climate justice. The decision not only takes into consideration what scientists say and what people want from French public policies, but it should also inspire people all over the world to hold their governments accountable for climate change in their courts,”

In Ireland, the Friends of the Irish Environment applied for a judicial review, accusing the Irish government of breaching the country’s Constitution in its below-par efforts to mitigate climate change. The action, accompanied by a petition with thousands of signatures, took three years to wend its way through the process. However, at the end, the Supreme Court in Dublin, agreed that the Irish government was in breach of its obligations.

The decision by the Supreme Court affirmed that the National Mitigation Plan did not give enough detail on how the the goal of an 80 per cent reduction in greenhouse gases by 2050 will be met. That target had been put in place by the Climate Act 2015. In its ruling, the court paved the way for the National Mitigation Plan to be ‘quashed’ and redone.

Environmental lawyer Tessa Khan said at the conclusion of the Irish case. "I think the fact that this has also happened in Ireland really does vindicate this idea that we can use litigation to hold governments accountable for climate change," she said. She added, "These cases have real impacts. They're not just a kind of interesting intellectual exercise for lawyers to produce interesting decisions. It's about change that matters."